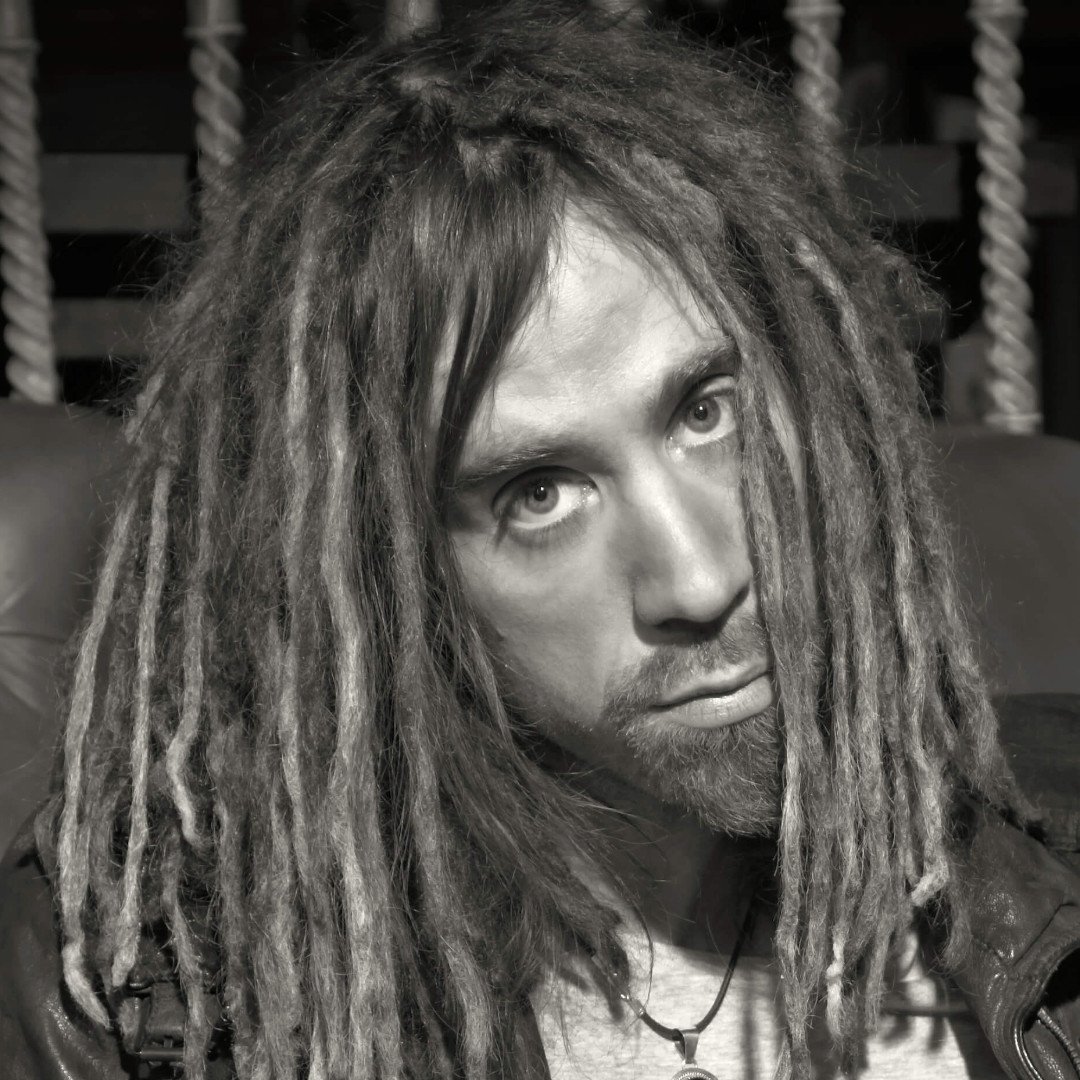 Mikee is best known as vocalist of SikTh with 3 albums, 1 mini album and 3 EP’s touring 26 countries Worldwide, headlining various festivals and even getting a Rolling Stone front cover (India). In 2012 he co-wrote an album with Primal Rock Rebellion featuring himself and Iron Maiden guitarist Adrian Smith.

Around 2016 Mikee was asked to audition for the video game Disco Elysium. It then had the name ‘No Truce With The Furies’. They loved what he did for the part of ‘Ancient Reptilian Brain’ and ‘Limbic System’.

Impressed with the recording and production of these voices Zaum Studio asked him to cast 6 voices and produce them. This went on to become the full game and over 70 voices.

Mikee then directed, engineered and casted Disco Elysium which went on to win 3 BAFTA Awards, 4 Game Awards, Game of the year on Mac and many more impressive accolades.

Mikee was nominated for performance of the year by IGN in 2019 for Ancient Reptilian Brain and Lymbic System in Disco Elysium and Charactoon Voices Agency was created.

Following Disco Elysium, Mikee also casted, engineered, directed and produced the game ‘The Falconeer’. This went on to get a BAFTA nominee and won many other awards.

Mikee appeared as a main character named Jarod in Road 96 which went no.1 on Steam in August 2021. Then Appearing as Exalted Bloodthirster 2.

Mikee has since appeared on 3 Steam number 1 games.

Nominated for IGN Voiceover Performance of the Year (2019) for Ancient Reptilian Brain and Limbic System performances in Disco Elysium.